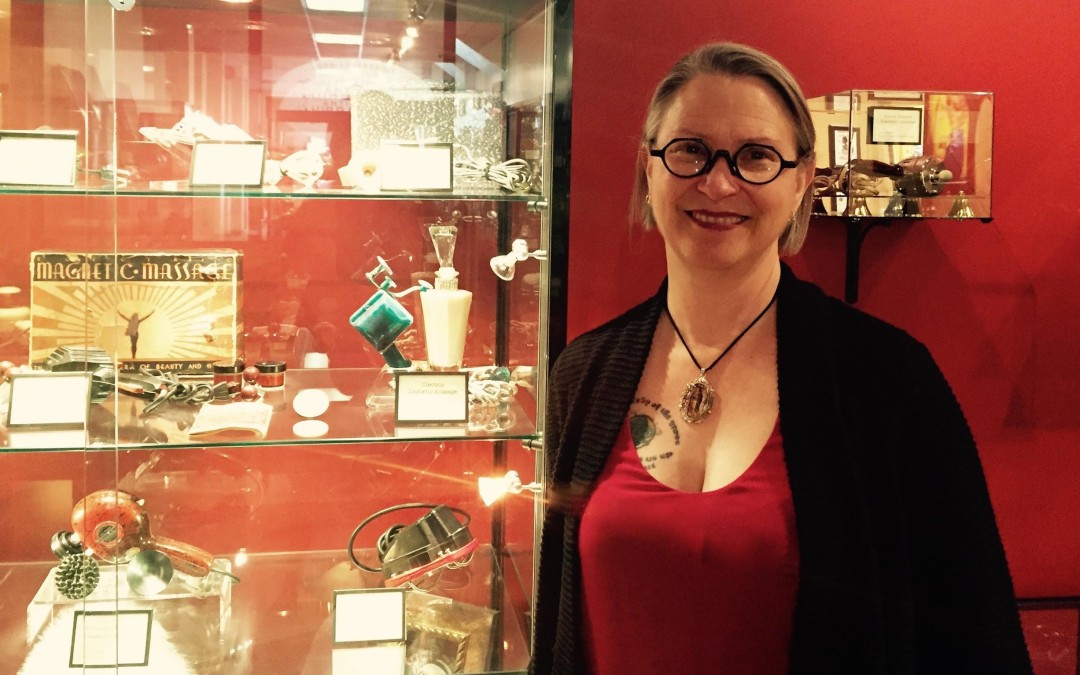 Carol Queen is a sexologist. Yes, that’s a thing.

“Sex for me has always been an issue of, how do we talk about it the right way. Everything I do is trying to figure out how to make discourse about sex helpful, healthful, and fun.”

Queen graduated with a PhD in sexology from the Institute for Advanced Human Sexuality in 1998. Her intrigue in sex, though, started long before that.

She says her relationship with sex, like so many others, started in childhood. As a little girl Queen remembers something was wrong with her mother.

“My mother had a really hard time around sexuality. She’d been sexually abused as a child,” Queen said. “She carried this thing that affected her sex life and her ability to feel comfortable with sex on a profound level.”

At the time Queen didn’t know the word, but she just knew it had something to deal with sex. Her mother’s troubles would collide with the era of Queen’s adolescence: the 1960s.

Masters of Sex was on TV and discourse about sex overall was emerging from the cracks of the stigma which caged it years before.  In this environment, Queen thrived.

“I was always the kid who was most interested in sex of everybody in anybody of my classes. I was curious about sex, I was exploratory about sex,” Queen said.

By age fifteen she was identifying as bisexual. By age seventeen she was co-founding a LGBT youth group.

In college, Queen’s endeavors in sex only grew. She continued to stay active in the LGBT movement, organizing rallies and taking her curiosity into her academics and beyond.

“I was having this argument with the larger culture about why can’t the full range of sexuality just be accessible? Why the shame? What is the big deal?”

These questions drove Queen’s life even after college.

“It was really kind of a cosmic event,” Queen says. “No one got a job the way I got a job.”

Queen started working with Blank one day a week, before becoming the company’s full time sexologist once she got her PhD. Since, Queen has become a staple in the company, helping Good Vibrations be as educational as it is pleasurable. She was helping start the conversation she had always wanted people to have.

“We’re working our way into having competent discourse about sexuality,” Queen said. “And people want to listen.”

“It’s being media that you can read and get information from without having to get a doctorate to begin with to figure out whether or not you’re seeing bullshit,” Queen said. “The talk about sex isn’t stupid anymore.”

Until the stigma and shame behind sex is eliminated, though, Queen says she will keep doing her thing. Today, she continues to showcase the importance of education at Good Vibrations, writes erotica novels, and runs the Center for Sex and Culture in San Francisco.

Queen says her work is far from over.

“It’s great that we’re starting to understand sexuality and our culture is moving in a sex positive way. The next step…is pleasure.”