What Do You Know About Sexy Banking? – How Innovators in the Adult and Finance World Are Teaming Up 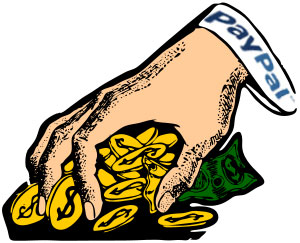 The solution, it would seem, would be to judge a company based on it’s actual metrics, but apparently the finance world has decided it’s not worth their time to do so. And so, as with many other industries that get pushed out of the mainstream, what this often leads to is a more risky work environment for those who are actually trying to do some good.

Most independent adult sites end up working with third party processors who offer complete service packages, but these processors also charge exorbitant fees (CCBill and Verotel) and if you find one that doesn’t, then the internet is often rife with stories of merchants who have been taken advantage of by them (charge.com, Ecorepay, Zombaio).

This engenders an environment where innovation is scarce. Only the big players can play. A representative of the Nielsen Report responded in a New York Times Article when these banking practices first went into effect: “Anyone who doesn’t have the money to pony up doesn’t belong in the game.” Of course the irony of it all is that this industry needs fresh thinkers and new players more than nearly any other industry out there.

I’m staying optimistic though. The future of this industry belongs to those who are thinking outside of the box and in my research I’ve come across a beacon of hope, Dwolla.

Dwolla works in many ways like Paypal, but where Paypal charges a $.30 per transaction fee in addition to a 3.9% processing fee, Dwolla only charges $.25 for any transaction over $10. They have been gaining a great deal of traction and are currently processing somewhere between $30-$50 Million per month, but a person must have a Dwolla account to initiate the transaction (i.e. pay someone).

Do you want another account? Most people don’t and this really was one of their biggest setbacks for quite some time, but they recently have developed an API to allow non-users to set up a “mini-account” by allowing the user to connect with their personal online banking account. This actually leads to a safer check out because your name, expiration date, and 16-digit card number are never seen, stored, or shared.

This does mean, however, that you can’t pay on credit. They are essentially bypassing credit cards all together, so when setting up an adult site you are always going to need a back up processor for people who specifically want to put their purchase on credit or simply don’t want to deal with any extra steps or anything out of the ordinary.

Enter high risk merchant account brokers who have contacts with an immense number of banks, processors, payment gateway options and overseas accounts. Depending upon each individual’s situation, they will decide if you need to work with one of the more expensive payment processors, or if they might be able to hook you up with one of their contacts who sees the intricacies of your business. For this I would recommend Instabill as I have been very impressed with their understanding and helpfulness in our negotiations.

For the webmaster of worthlessteenslutf*ck.com, this is still going to come out on the expensive side, but if you are truly offering ethical and inclusive content then it seems that you can actually get a pretty low quote, though it is never going to be  as low as a “low risk” merchant would get. Additionally, there will be a set up fee, but a person could spend hours upon hours searching for the people that these brokers have in their virtual Rolodex, so it really does seem to be worth the price. 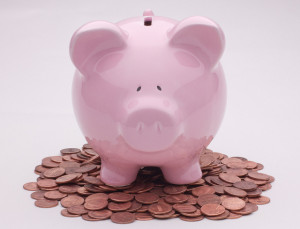 With them, I know that the banker’s boss’s boss is the one who is setting the guidelines and that when their compliance department says that they are perfectly fine with my company’s business, I really feel like I can trust them. Sure, maybe someday they will change their guidelines, but I am way more likely to get a meeting with a real decision maker there, than at bank that is too big to fail or to care.

I knew when I first started searching out to content creation partners to feature on sensoryfuse.tv that I was looking for an independent team of socially conscious thinkers. I never realized that I would be looking for the same thing from my bank and my purchase processor. It’s not easy to find the right people, but when starting a company in the wild west of the business world you can never make decisions lightly.

Consumers have a great deal of power in this situation, but it does involve taking an extra step; doing a little more; signing up for just one more account; explaining to your bank, that yes, you did buy that subscription and you’re proud of it. If everyone who wants to see a sea-change in the quality and inclusiveness of adult content were to do this, the banking/credit card processing industry would have to listen or give way to their competitors who are. The less the cards are stacked against innovative thinkers in the adult industry the more everyone is going to benefit, and together we can attain the long sought after goal. We can loosen up that bun. We can make banking sexy.