The Curious Origins of Santa, Christmas and this Adult Filmmaker 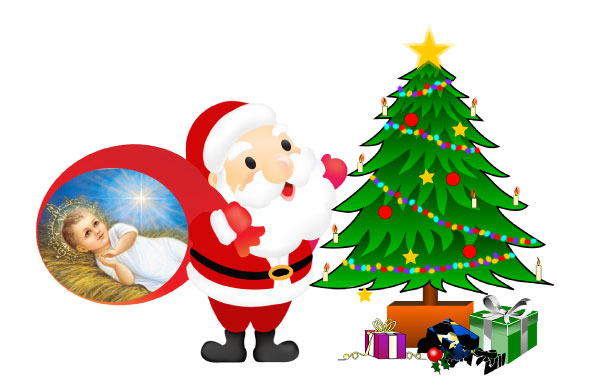 Many people who know I am starting a company which produces adult films and promotes positive sexuality are surprised to find out that I grew up in a family that was too Christian to celebrate Christmas. As a kid, I was that brat who explained that you didn’t see Santa, it was your dad dressed up in a wig, while secretly harboring a deep jealousy of all of the kids who were talking about the packs of Pokemon cards they were about to be showered with. (I was not allowed to play with Pokemon cards because they were “demonic.”) 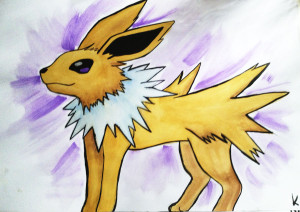 Photo courtesy of “Katherine the Freak”

I learned from a young age that Jesus never was the reason for the season. He’s a stowaway on the Polar Express. Historically speaking, Jesus wouldn’t have been born in December because the climate would not allow for the shepherds to be out watching their flock in the fields(Luke 2:7-8), and the Roman census for which Jesus’s parents were coming to Bethlehem (Luke 2:1-4) would not have happened in the winter due to poor road conditions.

Oh, and that big beautiful tree that you so tenderly adorned? Well that’s just a “vanity of the nations” that Jehovah warns against in Jeremiah 10:2-4. The reason Christmas doesn’t seem to make sense with Santa Claus and baby Jesus under an angel topped tree is because it, like so much of American heritage, is a melting pot of diverse cultural traditions painted with a broad Christian stroke.

So where did Christmas actually come from? It originally was assimilated into Christianity through the Roman celebration Saturnalia, which consisted of public banquets, gift giving, and a general merry atmosphere where many social norms were disregarded. There was excessive drinking (which is still the tradition in some families today) and slaves would be free to do many things otherwise forbidden to them, with some masters even serving them in reverse. 1

If the word Yule sounds familiar to you, it is because you recognize the name of the Germanic mid winter festival of feasting and gift giving that also lent many traditions such as the Yule log, the Christmas ham, and caroling. 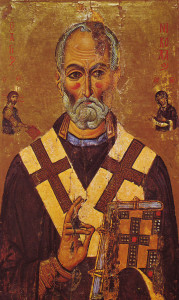 St. Nick before he became jolly

Santa Claus developed later and was a mixture of the Germanic god Odin, a white bearded man who led a ghostly procession through the sky on his eight-footed steer delivering gifts, and a St. Nicholas from the Catholic Church, who was known for his generosity. The name Santa Claus was derived from word Sinterklaas, which is the Dutch way to say St. Nicholas. 2. Donner & Blitzen also have Dutch roots: Dunder means thunder and Blixem means lighting.

When I was younger I loved pointing out people’s ignorance on this subject in a sassy, I’m going to convert you kind of way. As I matured and started to spend more time with people who were vastly different from me, this part receded and once I moved to the North East and became the minority due to my religion, I started to understand what it meant to be looked down upon for your beliefs.

Though I no longer identify as a Christian, I still deeply love and respect my religious family and friends. Their beliefs fill a void for them while I’ve found satisfaction and meaning elsewhere. The fact that they can respect what I’m doing even though it doesn’t fit neatly in with their teaching (and frankly scares them) means that I need offer the same respect in return.

Sexuality is not something that only sinners can enjoy. Healthy sex in marriage is an important issue for many, and often the manner in which traditional couples reignite their sex life is through playing with sexual practices that previous religious generations would have reviled. As for consumption of Adult videos, those who identify as Christian partake equally to those who do not. Though their Sunday consumption is low, they make up for it on other days.

If you’re going to take every word in the bible literally then you would have to believe that the world is 7,000 years old. However, if you feel like a celestial connection is more important, then you may realize that each human has their own spiritual path and see religious texts as guidelines written in a society that has evolved enormously from one in which slavery was considered the norm.

Religion is a story a community uses to explain the world around them and each holds a bit of truth. This is why you find so many similarities even between religions that spawned on opposite sides of the world. Nothing is pure. Every religion evolves. Christmas is a variation of the Holiday season, just like Hanukkah, Kwanzaa, or any other way people celebrate Winter Solstice. At the heart of it all, it’s just cold and dark and we need a reason to celebrate! 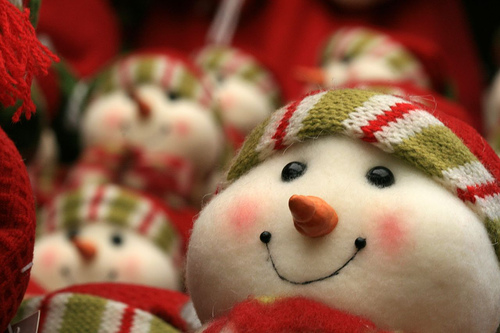 One of the crucial factors I keep in the back of my mind for Sensory Fuse is that I want my conservative Christian mom, who sees the world in a completely different way than I do, to be able to visit my site and find something she can relate to. I feel the same way about the holiday season. It’s easy to get caught up in the tinsel and sparkle or the stress of finding the right present or an argument over who the season belongs to but at the end of it all, it’s just about feasting and being merry. That’s the reason for the season.