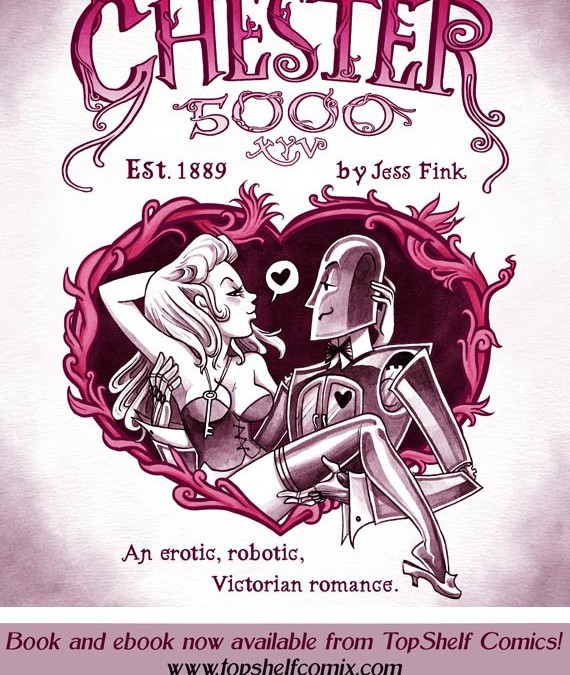 Fink’s style is sensuous and wild with abandon. Her characters romp about in webcomics, but also live engaging and complicated lives in her two print graphic novels, Chester 5000 XYV and We Can Fix It. 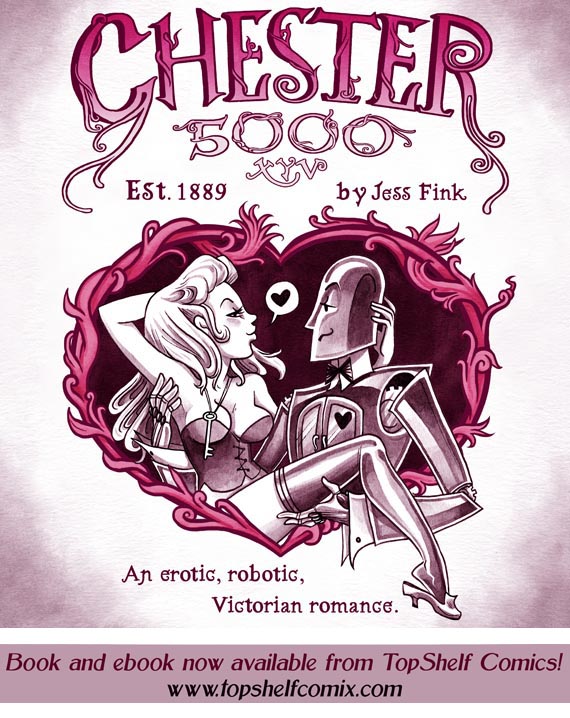 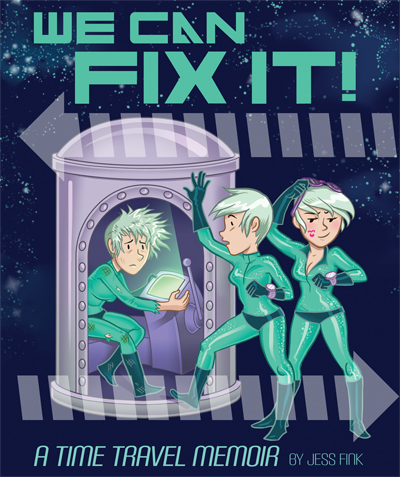 I was particularly enamored of Chester 5000 XYV due to the no holds barred and beautifully drawn sex scenes that dive right into the juicy bits while still allowing the reader to connect with the emotions of the characters. In Chester 5000 XYV, Fink doesn’t get caught up in explaining the minutia of her plot line through monologues & diatribes, but rather inventively guides the reader through the story with what can only be described as an infinitely creative language of emoticons, ranging from hearts and exclamation points to combustible engines.

Her characters are engaging and complex, and though the story is set in a pseudo-historical period, she expertly weaves Victorian themes of chaste, child bearing women with heroines who are mechanical geniuses and men who are bi-sexual lovers to create a Steampunk environment that is at once delightfully foreign and totally relatable.

I have to say, I never thought I’d find sex with a robot so hot, but maybe it’s because Chester comes with a few unique accessories like the Vibratus fingum… 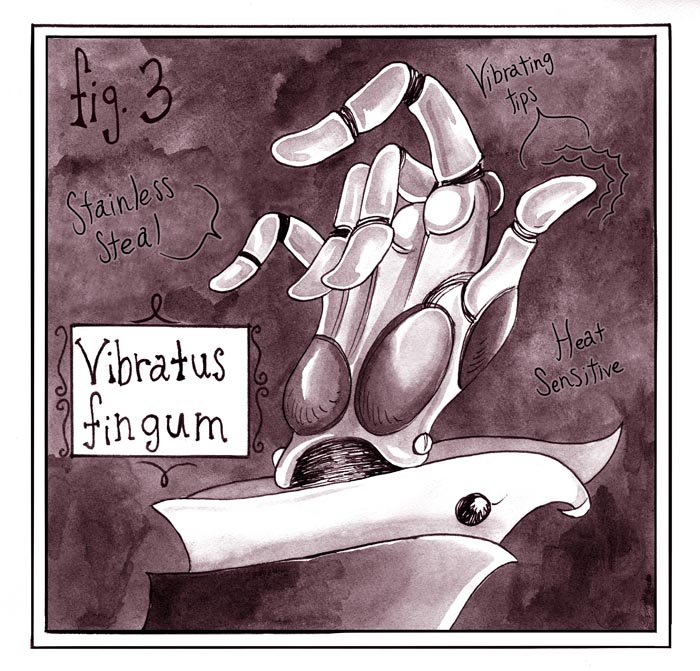 …and the Cunnilingua nasum, an extendable nose to enhance pleasure during pussy eating! 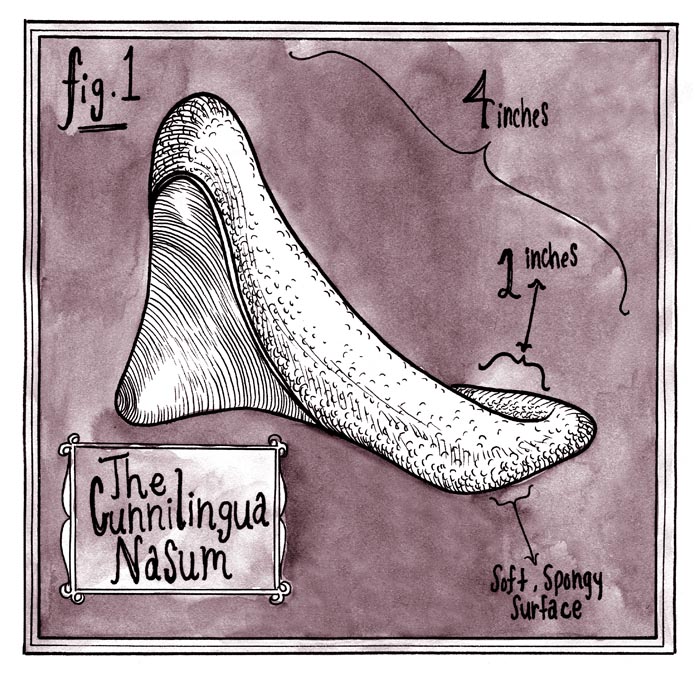 If this sounds as fun to you as it does to me, you can find out more about Jess Fink and her work, on her website here.